We have seen our share of high water here at Port of Call Marina. It is not uncommon for the launch ramp to be all but gone, or even the old washroom building to get wet. In 1979 the water level at the marina set a record at 60.24 meters above sea level. That year the old gazebo building had a foot of water in it. The flood this year has smashed that record. On Saturday the level was at 60.37- a full 13 cm higher than 1979. Today, the water level hit 60.45. 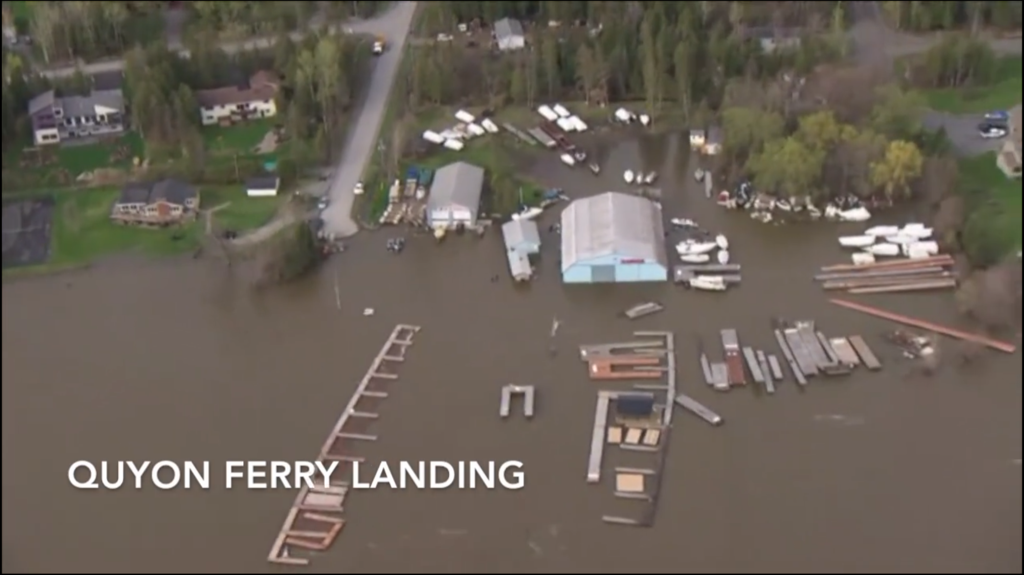 Mark just sent me this picture, it is mislabelled but it does show where we are at with the flooding.

To say this is a setback for us is an understatement. We are always prepared for high water conditions, but this is beyond what anybody predicted. There is massive flooding all over Ontario and Quebec with many areas declaring a state of emergency. Our close neighbours in Constance Bay are among the hardest hit. This is an historic event with water levels unseen in over a century.

Our summer staff has already started working. There is not a lot we can do to get boats launched or pre-seasoned but we are very busy protecting your toys. Thankfully our big storage building on Vances side road is high and dry and so far there is minimal damage to any boats in the yard.

Check out some photos from the past few weeks 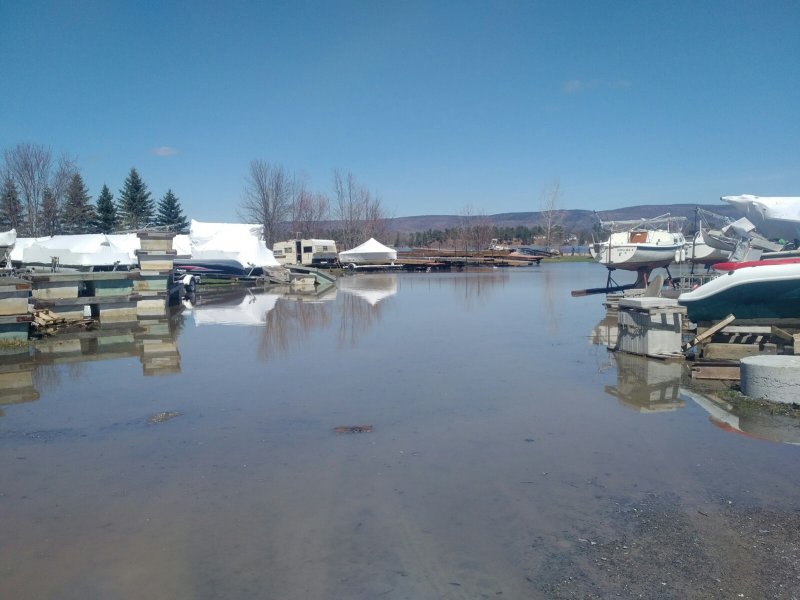 On April 16th water was already very high and rising. Not record setting, but still jarring. This is the back yard behind the barn. 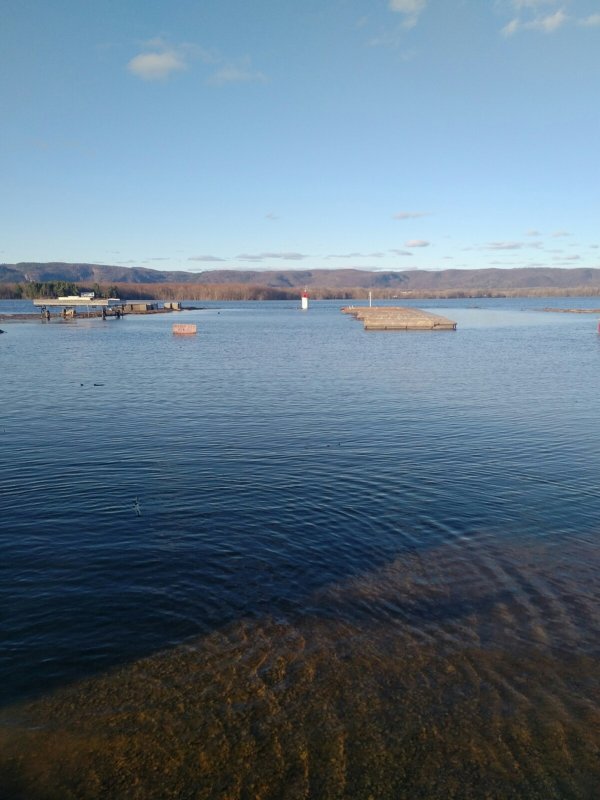 On April 20th the water had risin just a little bit more. This picture shows the harbours and the launch ramp sign. The yard is only accessible by tractor or waders. Staff scrambled to get what they could out of harm's way. 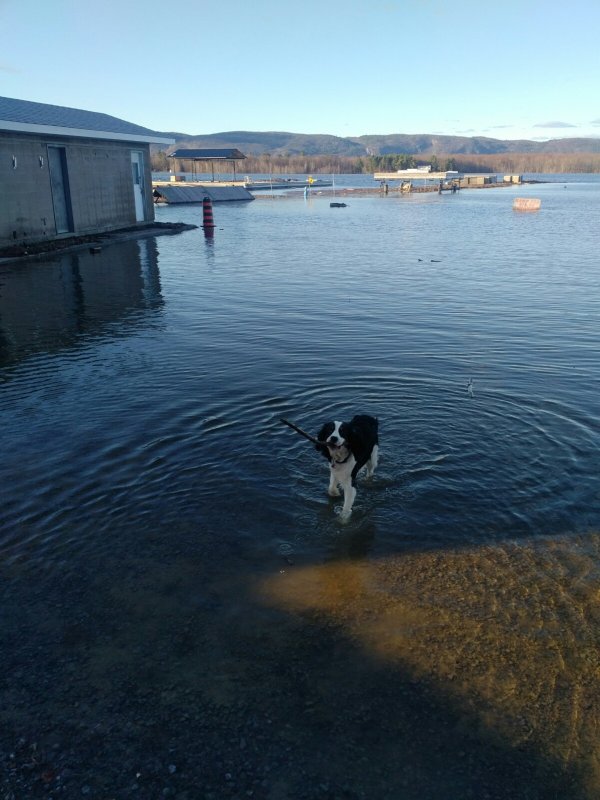 This picture is taken right at the main shop door on April 20th. Water is high, but nowhere near the record. 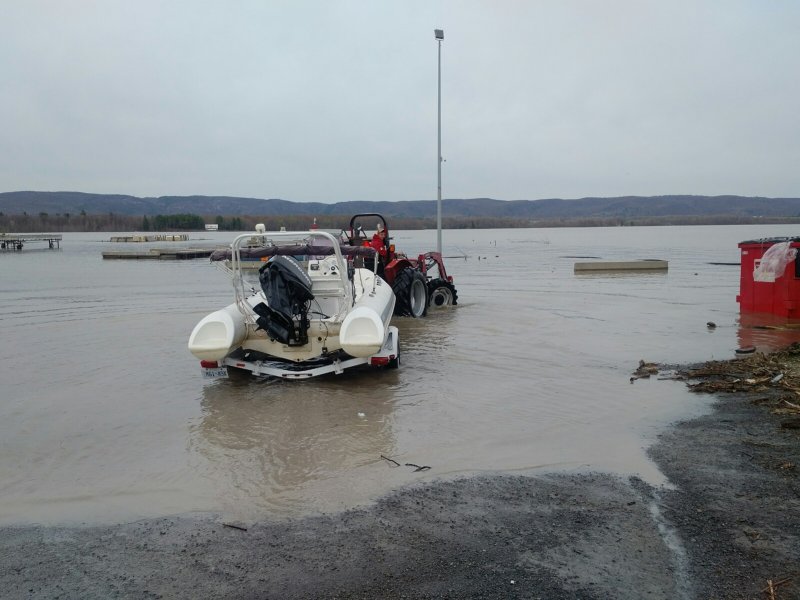 The water level receeded a little but came back with a vengence after some prolonged rain storms. This photo was taken on May 4th just as the water started to rise again. Here James is putting a boat up beside the customer entrance to the shop- the only dry place left in the yard. 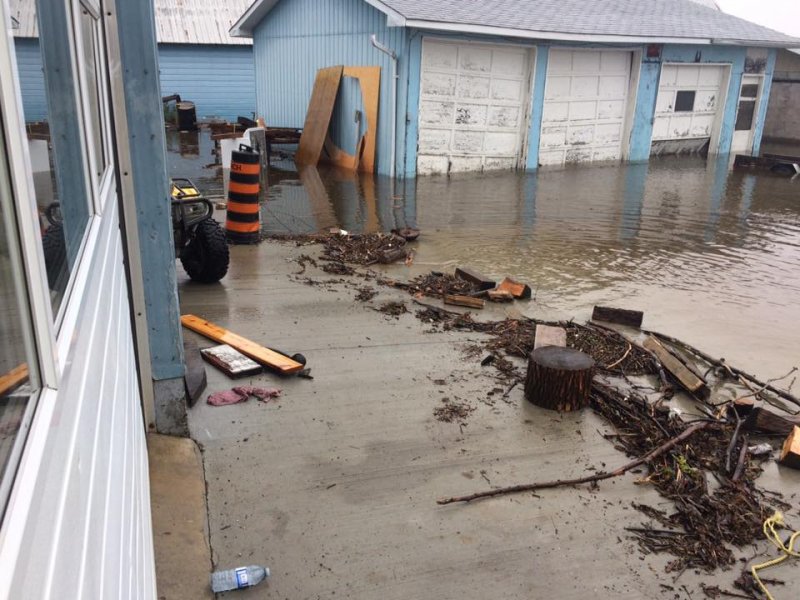 Drastic actions- May 5th was a very busy day as the water continued to rise. The shop is still dry, but the water is creeping ever closer to the shop. 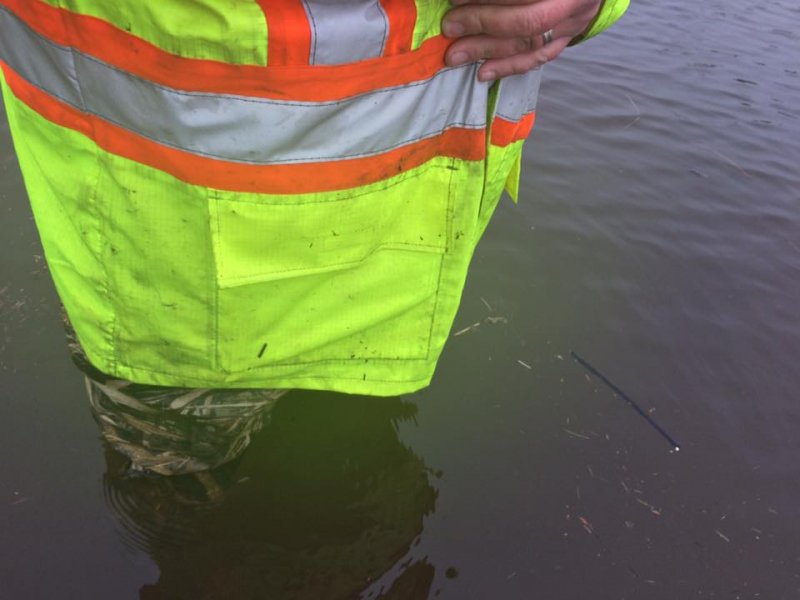 James in waders standing in the yard. 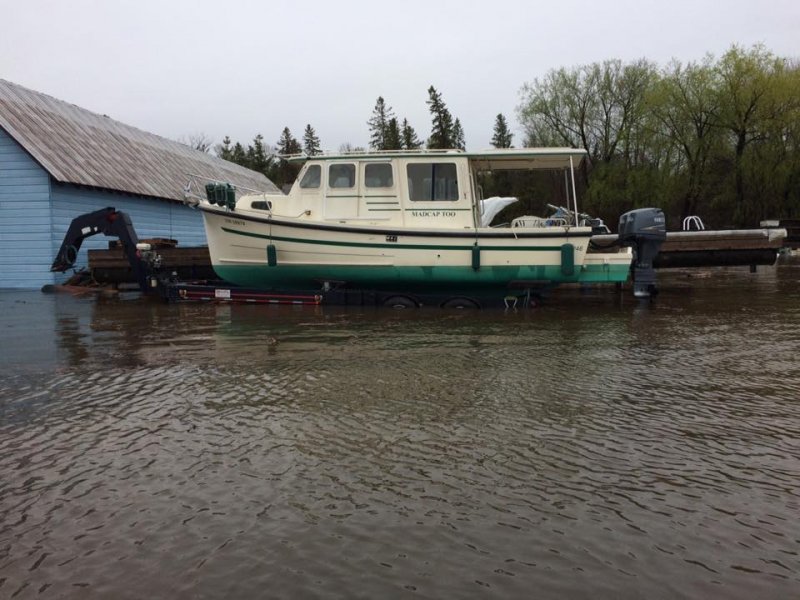 In front of the storage barn 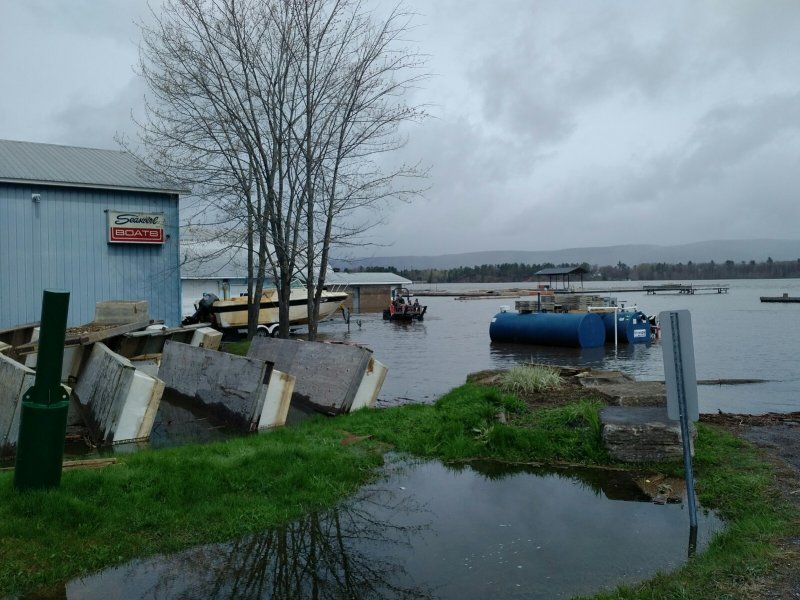 By May 5th, we had to move all the docks that were in storage on the middle pier into the parking lot by the shop and we had to disconnect the fuel tanks and drag them in so that they can't float away. 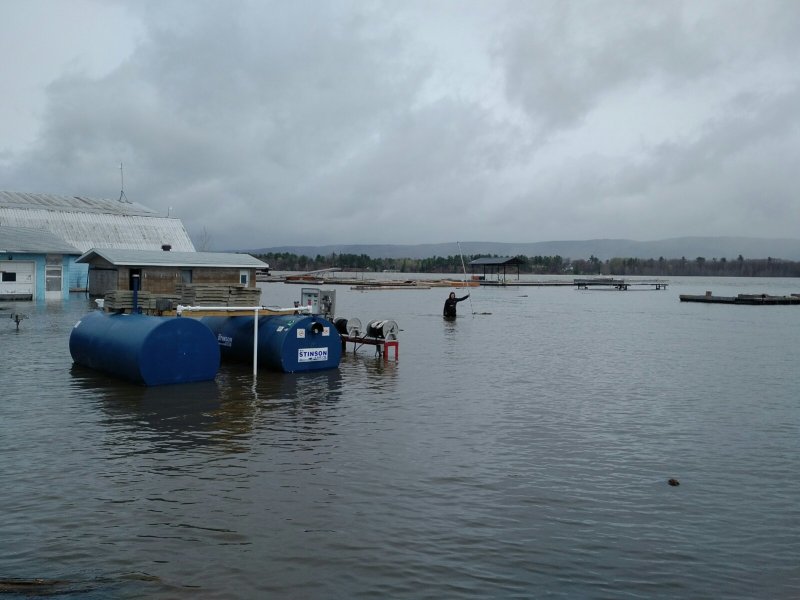 This picture was taken today. That is Tyler standing in the middle of the yard on his way to haul something in with the pike-pole. You can see the fuel tanks weighted down and brought to shallow water. 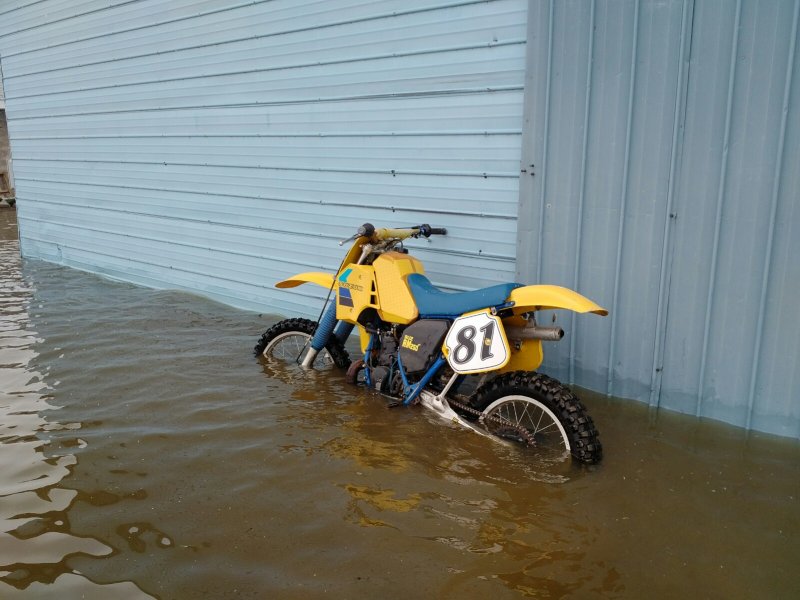 That is my old motorcycle. I had it inside the barn for most of the winter. It was parked on high ground and did't get wet but pusing it back to the shop, the water was up to the carburetor. It started second kick and I drove it home but the brakes didn't work so well. 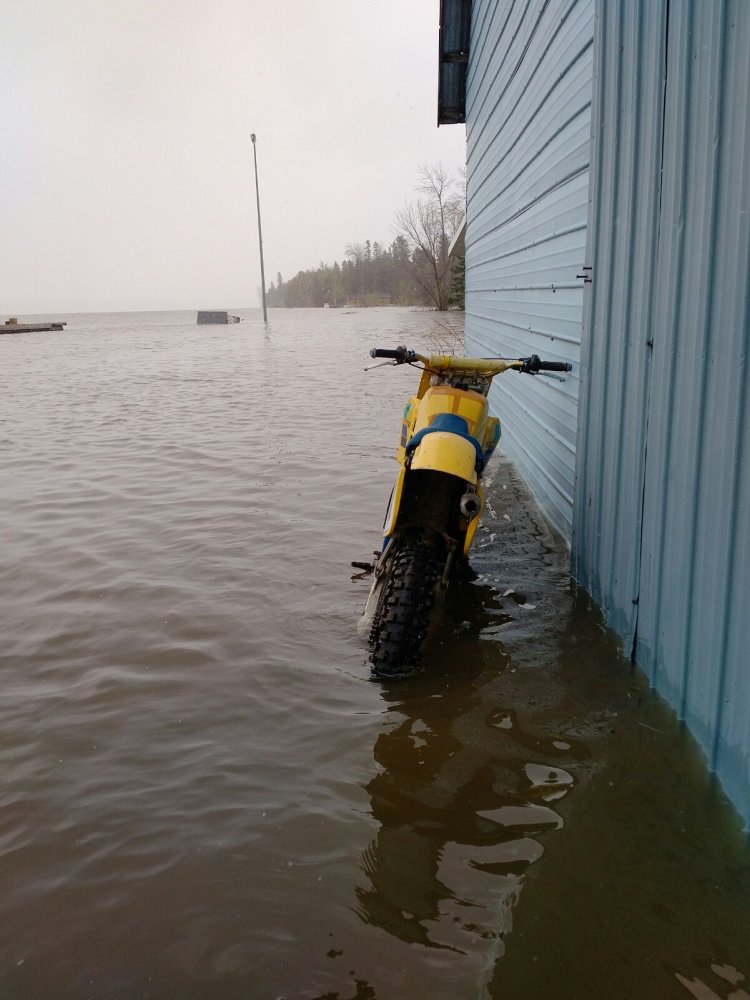 One last photo for today looking down a whole new shorline.